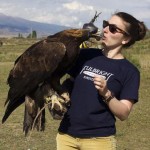 Some may be surprised to learn Rosewater is the directorial debut of American comedian and host of The Daily Show, Jon Stewart. This well paced and beautifully shot film does not feel like the work of a first time director.

The biopic focuses on the hundred day prison sentence Iranian journalist Maziar Bahari’s served after taking an interview on The Daily Show. The Daily Show, an American comedy news program using irony and stereotypes to mock daily news topics, had asked Bahari a series of preposterous questions like, “are you a terrorist,” and the Iranian government not understanding the show as farce, was not amused. Stewart comes to the film having had a long friendship with Bahari who worked closely with him on the film. Stewart had a sense of responsibility to the subject matter. In an interview Stewart gave at the Telluride Film Festival, he said felt determined not to make a violent prison film that fetish-ised the agony that prisoners go through. He did not want to direct torture porn, that might provoke more violence. The modern international torture tactics adopted worldwide are effectively dehumanizing prisoners with less violence and more psychological punishment, this is seen in suspenseful moments of the film.

Gael Garcia Bernal as Bahari shows the sympathetic innocence of a man wrongfully accused, in a role to remember. The brutal interrogator played by Kim Bodnia who uses psychological torture to crush Bernal from the inside out, was unforgiving as Rosewater. While both actors matched each other’s intensity with killer performances, a film like Rosewater, a film so tied to its setting- had a very few Iranian actors. Few actors from the Middle East, even. I can understand the casting of Bernal, he is a strong actor that can carry a film. However, blind casting across the board in a film of this subject matter begins to diminish the integrity of the film, and I refuse to believe there aren’t several great Iranian actors alive who could have at the very least filled most of the minor roles.

This film could have easily been too brutal to watch, or uninteresting. It is not easy to make an engaging film about a man in solitary confinement, yet Stewart with the help of Bahari, made one. Go see it.