We’re nearly at the end of May already. How time flies. WWE Backlash is but a day away. So as is custom, the VH crew got together to make some standard predictions and wild accusations as to what the blue brand might throw our way.

With the “Face of America” handle, I expect Kevin Owens is holding the US Title until he eventually collides with Shinsuke Nakamura, making a controversial victory over Styles locked in for me.

The Jinder experiment will come to an abrupt end. SmackDown is in desperate need of hot heels, but Mahal simply isn’t made for this position.

The Usos will retain, holding the fort until New Day arrives. The “Welcoming Committee” could probably use the win, but the WWE pattern is to put the babyfaces over in situations like this.

Mahal and Breezango as Champions would be a joke. Styles and Owens can offer a series of phenomenal matches, and their feud should last long. Styles will be US champion at some stage for sure, but maybe not on the first try.

By defeating Baron Corbin, Sami Zayn would make a real statement and earn some well-deserved recognition. In his first PPV match, Nakamura will finally show what he’s about and shut Ziggler down.

In a classic Harper vs. Rowan, Rowan prevails this time.  The good girls win their match, but a scrap breaks out for the belt in the moments prior. In pre-show, Dillinger has no reason not to make a ‘perfect 10’ against English.

Harper v Rowan – Harper wins, in my dreams putting the ‘Wyatt fallout’ to bed and challenging Owens for the US title.

Orton v Mahal – I hope Mahal wins and goes on to face Rusev, bringing an end their delayed feud. Probably ends with an RKO and my boredom.

The Usos v Breezango – Breezango’s Day will be H.

Overall prediction: will not be as good as Takeover

I’ll say this right now. Ziggler should not win. He doesn’t need to win. You know the WWE would consider doing this, but it cannot happen. Whereas I could see Jinder Mahal getting the win through dirty tactics, maybe the Singh brothers hit Orton with the belt while the referee isn’t looking.

When it comes to the tag team title match, I’m hoping that Breezango win, because they deserve it at this point. No offence to the Usos, but do they do good for the community by solving fashion crimes? Yeah, I didn’t think so.

Though not a PPV of huge significance, Backlash, last time around, proved to be SmackDown’s first showing of what they’re capable of given their own PPV.

I’d like to see all titles change hands in favour of fresh stories, especially that of Breezango as comedic babyface champions. Their gimmick needs the attention it deserves and I believe tag team gold could add much needed weight to that.

Yet, I don’t imagine either the US Title or WWE Championship will actually go to Styles and Mahal respectively. They are worthy, but given the little time in the build up to the US title picture in particular, I can’t see WWE putting a title on a babyface Styles just yet.

Backlash. Otherwise known as the Enhancement Talent Uprising. With the exception of the United States title match, a hardcore fan’s wet dream, post-shake up SmackDown seems to be pulling no punches in an effort to surprise its staunch fans.

Sami Zayn will put up a valiant fight and leave us all hanging against Corbin, who continues his epic battle against his receding hairline. Breezango are in with a shot at redemption against the Usos for the tag belts (please for the love of God), Nakamura is guaranteed a victory upon his debut, and the hierarchy of the women’s division is set to flail at a debacle among team face post-win.

KO to retain. And as for the WWE Championship match, I’m going with Mahal, in pure spite of all you smarks. #DontHinderJinder. 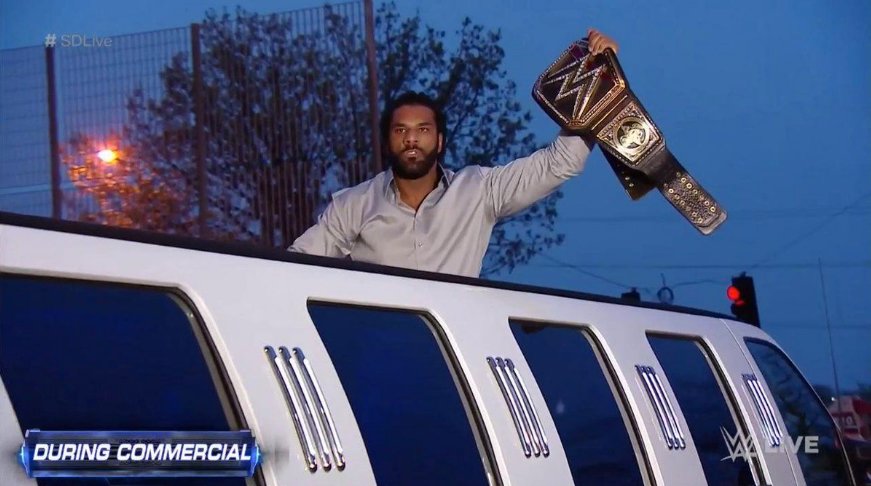