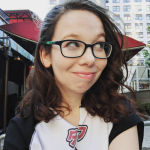 This Sunday at Elimination Chamber, the WWE reaches a major historical milestone. The first (modern) WWE Women’s Tag Team Champions will be crowned in a tag team Elimination Chamber match. Three teams from Raw qualified for the match, The Boss N Hug Connection, Tamina and Nia Jax, and the Riott Squad. On the SmackDown side, three teams declared for the match, the Iiconics, Carmella and Naomi, and Mandy Rose and Sonya Deville. The majority of the division has been focused on these championships, but not all these teams are on equal footing. Let’s break it down and rank the potential inaugural Women’s Tag Team Champions.

The second we introduced this thrown-together team, their days were numbered. The Glow and Fab Connection, as I can only assume they’ll be called, will probably be the first eliminated. Naomi is great, Carmella is great, they could both be contenders for Asuka’s SmackDown Women’s Championship. But as Tag Team Champions? No. WWE had so many other options, why these two when Lana and Naomi have been teasing a friendship/partnership for years? Or they could bring some extra star power to the match with the Bella Twins, Team Bestie, or LayCool. They could’ve even brought up the Sky Pirates from NXT for the opportunity. Point blank, no one cares about this team and it’ll show.

Do you know the number one reason behind all tag team breakups? Love. Do you know the second reason? Terrible tag team names. Mandy and Sonya were over the moment they debuted the name “Fire and Desire.” Sonya has done a great job with her slow burn face turn, and both have a lot of potential as single stars. They’ve teased a break up before, but I’d expect to see Elimination Chamber be the final straw for this particular tag team. With such high stakes, it’s easy to see how a match like this could tear partners apart. Specifically, I think Mandy will get distracted by her beef with Naomi and end up costing her team the match. It was nice knowing you, Fire and Desire.

Earlier this year, Nia Jax became only the 4th woman in history to enter the men’s Royal Rumble. She’s teased feuds with Rey Mysterio, Randy Orton, and Dean Ambrose. We may very well get an intergender match in the near future. Nia Jax is doing some really cool stuff right now, but teaming with Tamina is not one of them. It honestly feels like an afterthought for these two. That’s okay, not every single woman in the WWE needs to be aiming at the Tag Team Titles. The pair will surely have a strong showing in the Elimination Chamber as two powerhouses within the division. Still, it will only take one misstep to cost them the match. They also have the disadvantage of the rest of the teams likely will gang up on them early on to get them out of the way.

This week we got to hear directly from Livv Morgan and Sara Logan of the Riott Squad. It was the first time in recent memory that the two cut a promo without Ruby Riott leading the way. On one hand, that highlighted how much the faction relies on Ruby’s leadership. On the other, they made it clear they were willing to do whatever it takes to bring home the gold. They’re definitely not above cheating to win. The Riott Squad has been a constant, if nominal, threat over the past year or so. Freebirding the Women’s Tag Team Championships between the three would give them serious credibility and allow them to shine as a team. A win for them here also means that babyface teams can be in chase mode, which is a good place to start a new title.

It’s hard to say that one team wants it more than any other, but if I had to pick one, I’d say the Iiconics. These two have been working for this specific goal for 14 years. Even Sasha and Bayley, close as they may be, are two singles stars in a tag team together. You can tell in the Iiconic’s promos how much these titles mean to them. It’s the most genuine they’ve ever been and this is a great opportunity to elevate them beyond their current mischievous status. For heels, their victory here would be surprisingly heartwarming. Beyond that, the Iiconics have proven to be particularly savvy when it comes to tag team strategy. This week they tagged out of the match to determine the first entrants, ensuring that they couldn’t lose the match. Then, they attacked Naomi and Carmella, softening them up for Sunday. It’s that sort of cowardly but cunning tactics that could earn them a win at Elimination Chamber.

1. The Boss and Hug Connection

The top contender spot has to go to the Boss and Hug Connection. Although Sasha Banks has been out with an injury for the past couple of weeks, she is officially cleared to compete. There’s no real rhyme or reason to their journey up to this point. Last year, Sasha knocked Bayley off the top of one of the pods, lighting the fire of their feud. That feud ended not in the ring, but in Dr. Shelby’s friendship therapy. It was weird. In all likelihood, WWE chose to slam the breaks on Sasha vs. Bayley exactly because these titles were coming down the pipeline. As the inaugural champions, Sasha and Bayley would lend a lot of credibility to the titles. Both are former women’s champions and the among the most popular wrestlers on the roster. This fan-favorite team will make a huge splash if they take home the gold Sunday night. With Becky and Charlotte in the main event picture for WrestleMania, it seems likely that the 4 Horsewomen will reign supreme.

All The Details on WWE® 2K22 “Hits Different”