Once upon a time, the Elimination Chamber was up there with the Hell in a Cell as one of the most violent and terrifying match stipulations in WWE. The forbidding cage of metal and its ringside grates was once guaranteed to receive a liberal splattering of blood, playing host to a series of violent clashes. Like the Cell, however, the Chamber feels very different in the PG Era. Those grates are now mats and the brutality has been toned down considerably.

Nonetheless, the event has become a part of the Road to WrestleMania and this year’s event saw the Toyota Center in Houston, Texas, treated to a pair of Chamber matches. The first crowned the inaugural Women’s Tag Team Champions, while the second saw Daniel Bryan defend his WWE Championship against SmackDown Live finest competitors.

Buddy Murphy has quietly been amassing a terrific series of title defences on PPV pre-shows over the four months of his title reign. It was Akira Tozawa who got his shot at Elimination Chamber and he seemed to get the advantage early, injuring Murphy’s hand. What followed was an intense match of exchanging submissions of strikes. It was Tozawa who got the most of the near-falls, including a ludicrous top rope hurricanrana and a back senton from the top turnbuckle as Murphy was draped over the middle rope. Eventually, though, Murphy was able to counter an octopus stretch into Murphy’s Law for the three-count.

This was another very solid match from Murphy, who continues to impress as Cruiserweight Champion. Tozawa has been a reliable workhorse on the 205 Live brand since its inception and it really looked as if he might be the one to dethrone the champion here. It’s not too much of a surprise, though, to see Murphy marching on towards WrestleMania with the gold.

WWE loves giving its women chances to make history, and they did so again on Sunday by crowning the first ever Women’s Tag Team Champions. It was Boss and Hug Connection who started the match, squaring off with Sonya Deville and Mandy Rose. Banks’ injured arm was treated as a target from the start and, when the Riott Squad entered next, Sarah Logan wasted no time in slamming that arm against the side of a pod, taking Banks out of the match for a while. Both Riott Squad members traded stiff strikes with the former members of Absolution and then Bayley caught the worst of an impressive ‘Tower of Doom’ spot.

With everyone incapacitated, the Iiconics burst into the match and tried to pin every single other competitor, with no luck. The pace picked up shortly after when Naomi and Carmella entered, giving way to a huge sequence of finishers that had the crowd on their feet. This left Naomi and Rose standing, with their recent personal differences leading to a massive brawl. Naomi got the better of Rose, but this left her open for a double roll-up by the Iiconics, eliminating her and Carmella.

Nia Jax and Tamina entered the match and demolished everyone, eliminating the Iiconics after a double Samoan Drop. Shortly after, Jax hit a top rope Samoan Drop on Liv Morgan, who then fell victim to a Superfly Splash from Tamina that also hit Sarah Logan, eliminating the Riott Squad. Jax’s attempt to continue their run led her to crash through a pod while Tamina got flattened by an elbow drop from Bayley and all four remaining women pinned her.

This left the two teams that started the match as the last women standing. The heels looked to have it won after slamming their opponents into the posts of the pods, allowing Rose to land a double underhook facebuster on Banks. Banks, though, kicked out. Sonya Deville inadvertently speared Mandy Rose and Banks went for the Bank Statement on Deville. Her injured arm seemed to prevent this, but she locked on the hold with her leg to win the belts.

These women put together a compelling Chamber match with real twists and turns and the emotional promo delivered by Banks after the contest – as well as the tears of Beth Phoenix on commentary – showed just how much it means. Bayley and Banks always looked like the obvious winners, but that doesn’t stop them being the right choice.

Before the match, The Miz brought out Maryse to announce that they’re expecting another baby, less than a year after the birth of first child Monroe Sky. In the ring, Miz was clearly having the time of his life working a babyface style and Shane McMahon shone too, bursting into the match and landing a Coast to Coast dropkick on Jimmy Uso. He attempted one on Jey, too, but got caught with a superkick and then a splash. Miz broke up the pinfall and took over the contest, lining Jey up so that Shane could hit his signature elbow drop through the announce table. Back in the ring, Miz countered a splash with his knees and landed a Skull-Crushing Finale on Jimmy Uso, but the tag team specialist countered with a crucifix pin to win the belts.

This was an enjoyable sprint, with Miz undoubtedly the star of the match. It isn’t often that the A-lister gets to work a straightforward babyface style in the ring, but he was clearly enjoying himself. Miz helped Shane to the back after the match in an apparent show of unity, without either of them obviously showing anger towards the other. Given the rumoured WrestleMania match between them, the dissent may well start on SmackDown Live this Tuesday.

This was more of an angle than a match. After being over-powered by Lashley for a while, Balor was able to isolate Lio Rush in the ring following a missed frog splash. A suicide dive to the floor took out Lashley and his hype man, who was subsequently thrown back into the ring for a Coup de Grace. As Balor left with the belt, Lashley flattened Rush and walked out on his presumably former friend. Balor holding the belt feels like a good thing – he certainly deserves the spotlight – but it’s unclear what the direction of this story will be in the coming weeks.

Charlotte Flair delivered a promo before the match, gloating about beating up Becky Lynch at a live event the day before. The actual title contest was over in just a few minutes, with Rousey – dressed as her Sonya Blade character from Mortal Kombat 11 – delivering Piper’s Pit and forcing Ruby Riott to tap to her armbar.

After the bell, Flair and Rousey squared off in the ring until Lynch turned up on crutches. She assaulted Flair with her crutches and offered up the remains to Rousey. As Rousey prepared to attack, Lynch hit her in the back and carried out a brutal beatdown of both women in the WrestleMania main event. Officials rushed to the ring and soon Lynch was dragged away, as the fans’ cheers rained down upon here.

Despite the divisive addition of Flair to the match, WWE is continuing their perfect booking of the Becky Lynch push. Charlotte is a bona fide heel, which takes the heat away from Rousey, and every element stacked against Lynch will only make her eventual victory sweeter. This is just about the only story WWE is telling properly right now, and they’re doing it perfectly.

No DQ: Baron Corbin defeated Braun Strowman via pinfall after a powerbomb through two tables

Corbin wore down Strowman with a kendo stick early, but the big man eventually snapped the stick and took over. He hit a running power slam on Corbin through a table set up in the corner, but Drew McIntyre’s music hit and the Scottish Psychopath came out with a chair in hand. While he distracted Strowman, Bobby Lashley entered to beat down the Monster Among Men with a chair of his own – reuniting the team who put Strowman out with injury several months ago. The trio picked Strowman apart while setting up a bizarre IKEA display of furniture, with both sets of steel steps and two stacked tables. They then took a leaf out of The Shield’s book, with a triple powerbomb through the tables, allowing Corbin to score the win.

Again, this was more of an angle, capping off a weird and chaotic middle section of the show. It’s as if WWE has realised it’s getting rather close to WrestleMania and so has turned up the dials on several stories very quickly indeed. Given the fact Strowman and Corbin have been feuding since the dawn of time, though, this isn’t exactly a story that holds much excitement.

Backstage, Shane McMahon was being treated by WWE physios after losing the tag titles. Miz entered and tried to apologise for blowing the match and got very irate about the promises he had made both to Shane and to his father. Shane tried to calm his partner down and urged him to go home.

The show then cut to ringside, where Lacey Evans’s music had hit. She walked out and halfway down the ramp, before turning around and walking straight back out. It’s yet another slice of proof that WWE’s run of New Year NXT call-ups was carried out without anything in the way of a plan. What on Earth was this supposed to do for Evans or say about her character? It’s a mystery to me.

Daniel Bryan expressed his displeasure at Erick Rowan not being allowed to remain at ringside. He sat cross-legged on the ramp talking about “small-minded people” before finally entering the Chamber to start the match against Samoa Joe. Bryan mostly tried to escape Joe until Kofi Kingston entered, at which point the champion opted to hide at the top of a pod. Kingston was having none of it and ended up diving on both Bryan and Joe from halfway up the wall.

AJ Styles was next to enter and was able to eliminate Joe with a Phenomenal Forearm, bringing his dominance to a slightly premature end. It’s another disappointing outing for Joe, who should be a nailed-on main eventer in WWE, but is mistreated constantly. Jeff Hardy was next in and wasted no time in taking a big risk, diving from the top of a pod to hit a Swanton Bomb on Styles, who was draped over the turnbuckle. Hardy then walked right into a running knee from Bryan, sending him to the back.

Randy Orton soon became the final entrant to the match and eliminated Styles when he yanked him into an RKO midway through a springboard. An attempt at hitting an RKO on Kingston led to Orton’s own elimination when the New Day member countered it into Trouble in Paradise. The crowd roared their approval for Kingston as he and Bryan fought tooth and nail for the belt.

On several occasions, it looked as if Kingston might actually win, scoring a big near-fall after hitting S.O.S. and kicking out of a running knee from Bryan. Kingston found himself trapped in the LeBell Lock but fought his way to the ropes as the crowd continued to get behind him. The challenger took a big risk by leaping from the top of a pod, missing a splash and falling victim to a final running knee.

This was a match that pretty much served as a microcosm of the entire Elimination Chamber event. It was well put together and benefited from a really emotional final stretch but, as is often the case for a pay-per-view so close to WrestleMania, a lot of what happened felt a little disposable. In terms of in-ring action, it was the Women’s Chamber that stood out for its elegant construction, daring spots and history-making conclusion. Titles changed hands in a lot of cases and there were some interesting booking turns, but it was still Becky Lynch who left the biggest impression. She’s certainly the biggest star in the company right now.

All images courtesy of WWE.com 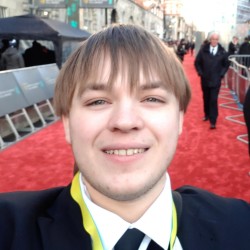