You’ll Never Forget The Name: The Incomparable Career Of Goldust

Hi, and welcome to the NXT review. Here we are at the go-home show for NXT TakeOver: Portland, the first TakeOver event since Philadelphia back in January 2018 to currently not feature Roderick Strong (as long as you count his run-in at TakeOver: XXV). Please stick around after the main review for a preview of Sunday’s action unless you don’t like great things. But for now, let’s get into it.

Dakota Kai def. Candice LeRae // Pinfall (Rollup) This was a good sprint and the post-match attack by Kai leading to a surprise appearance by Tegan Nox helped sell Sunday’s match.

Johnny Gargano def. Cameron Grimes // Pinfall (Slingshot Spear) This was a very US Indie match in terms of pacing and style. Make of that what you will.

Bianca Belair def. Santana Garrett // Pinfall (KOD Argentine rack Falcon Arrow) SQUASH. The post-match angle as Belair called out then laid out Ripley was well-done but did expose how much stronger on the mic Belair is. We’ll see on Sunday if she’s strong in the ring.

Pete Dunne & Matt Riddle starred in a Dude Where’s My Car for the vaporwave generation, or maybe a Planes, Trains & Stonermobiles. It saw them making their way across the country in a variety of vehicles to get to Portland on time in what is a depressing statement about the independent contractor status of WWE employees that the company wouldn’t even pay flights for their top talent. Normally I’d complain that this was very long and didn’t really add much to the storytelling but you know what? It was good fun and I would love to know in kayfabe, what Triple H thought of finding out that his staff were hiding in the cargo hold of his plane.

Adam Cole turned up to tell Tommaso Ciampa that he might be trying to get his life back but that the NXT Championship is his life now and he will go to all lengths to defend it. Good stuff this.

Robert Stone of the Robert Stone brand declared that he is relaunching the brand next week as Chelsea Green has a rematch with Kayden Carter.

We got a sweet as a fuck hype video for Lee vs Dijakovic as Mark Henry talks about how they fit into the legacy of big beefy boys in WWE. This was really good. Consider me hype.

Tommaso Ciampa sat in a lecture hall watching footage of him relinquishing the NXT Championship. He talked about his journey back, why he has no choice but to win on Sunday and how there are two ways Sunday could go, Cole could win or he could. Ciampa had such fire here that I can’t even think of a way to be snarky about this one. Here was clear motivation, storytelling and emotion, great stuff.

Strong opened the show talking about how he was angry with Velveteen Dream for wearing his wife and son’s faces on his leggings. But he was confronted by an angry Bronson Reed who had unfinished business after Strong attacked him backstage last week. What followed was a very strong piece of singles work, possibly some of the best I’ve seen Reed put on as despite the inverted David vs Goliath dynamic, Reed played a much more fiery babyface than I’ve seen him do before. Strong, for his part, played the preppy asshole well, knowing he couldn’t dominate through strength alone so using limb work to ground his thicker opponent. While the action was very strong, it did feel a little drawn out,  feeling like the flash finish where Strong got a pinfall off a flying knee counter to Reed’s frog splash might have been more effective coming a few minutes earlier but still very fun stuff.

After the match, Velveteen Dream appeared on the screen and declared that because Strong took his title and then injured him, he’s going to have sex with his wife (consensually, he’s not “I will take groups of women” Damian Priest) and become his son’s new Dad. A’ight.

Angel Garza was given a pre-match interview segment where he declared he was coming back for the title he was never directly beaten for but Rush crashed the interview to tell him he was a new man and far more dangerous than the one he beat for the title. What followed was ten or so minutes of good old’ fast-paced cruiserweight action. It worked very well because for all the spotty nonsense of the match, never it didn’t feel like both men weren’t trying to put the other away but also, it was never entirely conclusive who the winner was going to be. This meant that the finish as rush got a surprise pin reversal off Garza’s attempts to hit the Wing Clipper backpack butterfly stunner worked well because it never made either man look better or worse, just that Rush got lucky which also makes him seem more compromised going into the championship match next week. After the match, Jordan Devlin would come out to tell Rush that he’s going to beat him next week. In terms of their three matches in NXT, this was possibly the least essential viewing of them but still easily the best match on the card,

Last week, if you’d told me that them dumping KUSHIDA in a bin would lead to him getting a singles main event the following week, I might have felt less annoyed by the entire endeavour, especially as what was presented was really fun. Continuing to further my ‘Adam Cole is at his best in sub-20 minute matches’ theory, what we got was a classic super juniors-style main event as KUSH showcased his fast-paced technical style while Cole constantly tried to slow him down. The match did suffer during some of the heat stretches as for a man who’s played a heel for as long as he has, he still never looks entirely comfortable in a position of domination. But it recovered with a very strong final stretch and some surprisingly close near-falls. Ultimately Cole was able to hit the Last Call reverse shining wizard for the pin. After the match, Ciampa appeared for a staredown.

READ  All You Need to Know About WWE's "Backlash"

This was probably the strongest overall episode of NXT in quite a while as even the Gargano-grimes match had flashes of very goodness. A very fun way to spend an hour and a half and a great lead-in to Sunday’s “TakeOver” event.

Finn Balor vs Johnny Gargano // This match was meant to happen at WarGames but then Gargano got injured and Riddle stepped in to take the match. It’s hard to know what to expect from this match as Gargano always brings it for TakeOvers and there’s a clear face-heel dynamic but equally, it depends on whether Finn turns up to work or to cash a cheque. Either way, I fully expect Finn to win here and to go on to challenge Ciampa at TakeOver: Tampa.

Street Fight: Tegan Nox vs Dakota Kai //  At WarGames, Kai attacked her best friend Nox turning any right-thinking person against her. After months of confrontations, they had a match a few weeks ago which Nox won but because of outside intervention, a street fight was made to get a resolution to this feud. If they’re given enough time, this is a potential show stealer as these are two of the more underrated performers in NXT and it could be a great opportunity to actually showcase them to a wider audience. It’s hard to predict who wins here but my guess is that Kai gets the win here, leading to the inevitable rubber match next TakeOver.

NXT Tag-Team Championship: Broserweights (Matt Riddle & Pete Dunne) vs Undisputed Era (Bobby Fish &Kyle O’Reilly) (c)  // The Broserweights won the 2020 Dusty Classic to be here. Both men have had close calls with the Undisputed Era as Riddle lost an NXT championship match to Adam Cole and Dunne was in the finals of the 2018 Dusty Classic as well as losing an NXT North American Championship triple threats because of Cole and Strong. I expect this one to be twenty minutes of spotty nonsense, possibly resulting in new champions because frankly, if the Broserweights don’t win here, I don’t really know where they go next. That said, this could be really good, it could also be self-indulgent wackness. Let’s hope for the former.

NXT Women’s Championship: Bianca Belair vs Rhea Ripley (c) // Belair won a battle royal to earn this opportunity, she also then eliminated eight people in the Royal Rumble before being eliminated by Charlotte. The story has been Ripley challenging Charlotte to a match at WrestleMania while Belair has been reminding Ripley she has to get through her to get to ‘Mania. I expect that whoever wins, it might be down to some interference by Charlotte, possibly leading to a three-way dance being made for ‘Mania. Either way, the real challenge will be seeing whether Ripley can hold herself like a champion here after a somewhat disappointing encounter with Toni Storm at Worlds Collide

NXT North American Championship: Dominik Diajkovic vs Keith Lee (c) // These two seem to have had a match either as a team or opponents most months for the last however long but I am not one to complain as frankly, they always bring. Expect beef, expect flips, expect certain amounts of begrudging respect giving way to potent homoeroticism. Just don’t expect Dijakovic to be walking away with the title, that’s the Limitless one for the foreseeable future.

NXT Championship: Tommaso Ciampa vs Adam Cole (c) // Tommaso Ciampa defeated Aleister Black for the NXT Championship and held it until shortly before NXT TakeOver: New York where instead of facing Ciampa for the title, thanks to injuries, Johnny Gargano faced Adam Cole for the title. He won it there, only to then lose it back the following month. Since Ciampa returned, he’s been desperately seeking his ‘goldie’ while Cole has beat the likes of Gargano, Riddle & Daniel Bryan to hold onto the title. I think here’s where everything falls apart for Cole and the Gang, just in time for them to head off to SmackDown. Though that might be my own wishful thinking because as good as all four of them can be, I’ve been over their antics for a good, long while now.

All images courtesy of WWE.com 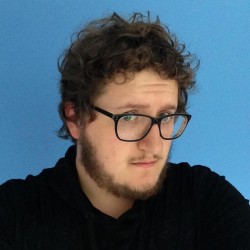